“You just try to be the best midshipman you can be and do what you're supposed to do and look out for other people,” she said. “If an opportunity like this presents itself, you welcome it with open arms.” 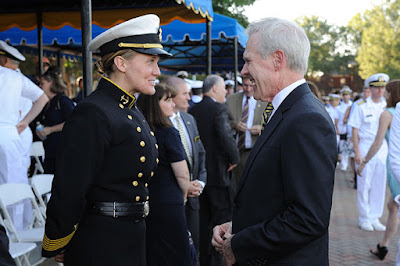 As brigade commander, Darragh takes on the role of the most senior midshipman at the academy, leading more than 4,500 of her peers and liaising between them and the commandant of midshipmen and his staff.

With both a new commandant and a new deputy commandant, Darragh sees her job as making that transition as smooth as possible.

“A personal goal for me was to do the best job I could at making that communication clear and helping that transition along so that the brigade benefited from it,” she said.

When Darragh spoke to the brigade at the beginning of the academic year, she stressed the importance of looking out for each other.

“So far I think everyone has been doing really well at it,” she said. “You absolutely can't get through this place without asking for help and without helping other people. I would not have this position at all if I hadn't gotten a lot of help.” 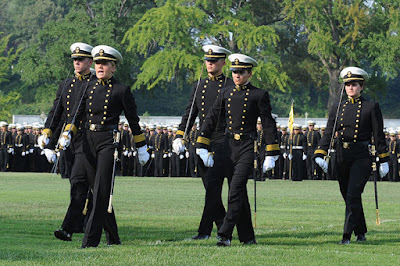 Being in this position gives her the opportunity to use some of the lessons she feels she’s learned about peer leadership while attending Leatherneck training in June and serving as a detailer during Plebe Summer.

“The one big thing I took away from both those trainings was how important it is in those situations to maintain the realization you're working with your peers,” she said.

Having watched her classmates work together under stressful situations when everyone was exhausted, she observed that it’s often easy to take friendship for granted and fail to treat someone with necessary respect when in a position of authority.

“I think as military leaders that is going to be key – having a sense of professionalism and mutual respect when dealing with people in tough situations,” she said.

She also talked to the brigade about maintaining a good attitude even when things are hard.

“I was really looking for positivity. We have a great opportunity here and a lot of great things going for us,” said Darragh.

Those opportunities are what attracted Darragh to service academies and the Naval Academy especially. As a high school student, she wasn’t interested in attending a civilian college.

“They all seemed the same to me,” she said. “The service academies are definitely not the same.” 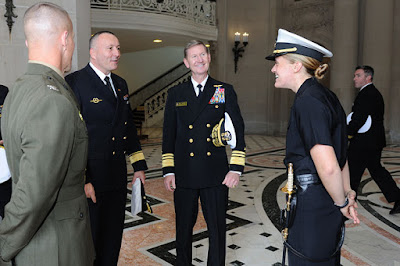 She remembers visiting the academy and walking down Stribling with the midshipman she was shadowing thinking, “This feels really right. A year from now, this is what I’d want to be doing.”

Once she got the idea of attending the academy, she didn’t want to do anything else. She applied to only two schools – the Naval Academy and West Point, “as a back up,” she said.